While we ran Støj we made Sound Controlled Intergalactic Teddy. It is an infinite runner game where you use your voice and sounds to control Teddy’s movements. If you need to jump over a green slimy alien you say “Ohhh” and to duck you simply clap your hands.

Using machine learning we have taught the game to understand and differentiate the sounds. For the game to be able to recognise and distinguish the sounds, we trained it by recording a lot of diverse “ohhh”s and claps which made it robust and easy for anyone to play.

In At TIFF digiPlaySpace in Toronto, we had also setup an interactive station where visitors could train and play the game using their very own sounds. They had to record 10 samples for both moves and then they could play.

The installation was displayed in Namur, Belgium at KIKK Festival 2017 as a part of Little.KIKK and in 2018 at TIFF digiPlaySpace in Toronto, Canada.

The game and the machine learning engine is built with javascript. The sound classifier is using Meyda.js.

Made together with Andreas Refsgaard
Game graphics by Amalie Kvistgaard
This installation has been commissioned by KIKK Festival. 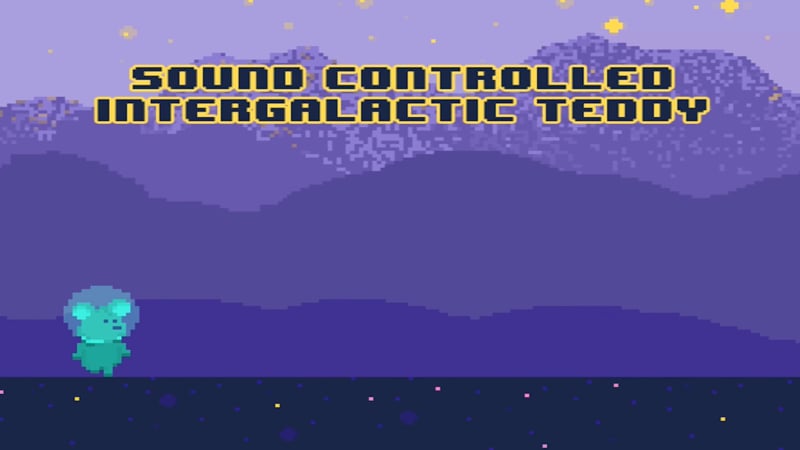